The reporting season of the world’s largest corporations has begun! This is the best and most profitable period for trading stocks. On April 24 global technology platform and digital payments leader, PayPal published a report for the first quarter results for the period ended March 31, 2019 and we decided to make for you an infographic with the main, key points about all the information, and analyze the main data in detail in this article.

Before turning to the PayPal history and main points of the PayPal quarterly report, we want to draw attention to the preface of Dan Schulman, the company’s director. He immediately indicated that the beginning of 2019 was very encouraging. Profit has become much greater, there are new users PayPal. In addition, Shulman indicated that PayPal has entered into new business relationships with large marketplaces throughout the world, including Instagram and MercadoLibre. The director focused on numbers. The first quarter of 2019 was marked by the fact that the paper has 277 million users, 22 million of which are trading accounts and 40 million are Venmo users. At the end of the speech, the director pointed out that cooperation is now on the right path and it still has many goals for 2019.

PAYPAL HISTORY AND PAST PERFORMANCE

PayPal is the largest electronic payment system founded in 1988 in the USA. It has greatly simplified the process of paying for purchases, bills and money transfers. In 1988, PayPal began working with auctions, and by April of that year more than 1 million auctions on eBay could be paid online using PayPal. In 2002, eBay absorbed the payment system, and more than 50% of transactions were paid using PayPal, while all its main competitors were closed or sold. In the 3rd quarter of 2011, there were 24 world currencies in the system. By 2012, PayPal already used the payment system in 190 countries, and there were more than 164 million registered users. At the beginning of 2015, the companies split, and PayPal and eBay shares began to be sold separately.

In the US, the system has the status of a licensed financial institution that deals with money transfers. Despite the fact that PayPal is not a bank, it is obliged to comply with all rules and laws established for financial institutions. In order to avoid a financial crisis in 2015, due to the growth of the interest rate in the USA, the company set an additional commission on shares at a rate of $5, which made it possible to shift part of the burden on investors. With the expansion of services and good financial growth, PayPal investment is increasing, and the price of PayPal shares is growing along with dividends.

Earlier this year, PayPal announced a partnership with Instagram. When making a purchase on Instagram, real time payments will be processed through PayPal. In addition to Instagram, PayPal began working with JPMorgan Chase. The company announced the possibility of making an instant transfer to the bank for consumers, which gives PayPal customers more opportunities for instant access to their money.

With regard to investments, PayPal has made a strategic investment of $750 million in MercadoLibre. This company is a leader in e-commerce and payments in Latin America. Also, PayPal and MercadoLibre said they plan to enter into a commercial agreement providing for initiatives to strengthen the networks of both companies.

VENMO AS AN ENGINE OF PROGRESS FOR PAYPAL

From January to March of 2019, PayPal continued to show rapid growth. Investors are especially inspired by Venmo mobile payment applications. Over 40 million people have used Venmo at least once in the last 12 months. On April 24 PayPal first revealed the number of users of its application. The total amount of processed payments (TPV) (Venmo’s key evaluation indicator) grew by 73% compared to the same period last year and amounted to $21 billion. PayPal also expects to overcome the $100 billion mark this year.

“Venmo continues to gain momentum,” “As the user growth continues to accelerate, businesses are interested.” Venmo start to cooperate with Uber, Grubhub and Chipotle, as well as other companies. These partnerships are the main source of revenue for the application. According to Shulman, Venmo’s revenue for the current year could reach $300 million. He added that he would like to make a report on his report. This is a substantiated decision to increase the number of PayPal users and it is also optimized. PayPal shares, which are closed on $108.95, have been raised by about 30% since the beginning of the year.

From a technical point of view, the PayPal shares trade significantly higher than their 50-day moving average (DMA), for buyers control the situation. Now the shares are only 4% registered at the auction on May 1.

The EPS Guidelines for the second quarter of 2019 include an approximate amount of unrealized earnings of $0.01 related to PayPal’s strategic investment portfolio in the second quarter of 2019. The above non-GAAP estimated amounts for the three months ending June 30, 2019 reflect adjustments of approximately US $300-330 million, mainly representing estimated inventory-based compensation costs and corresponding payroll taxes in the range of 250 to 265 million US dollars.

Returning to Venmo, we would like to note that this service is much more promising than it previously seemed. PayPal announced the signing of agreements with major retail chains, including Foot Locker and Lululemon Athletica, on creating a digital payment system for online trading through Venmo. In other words, retailers have an alternative to Amazon, which almost completely controls the e-commerce market, which negatively affects offline sales. 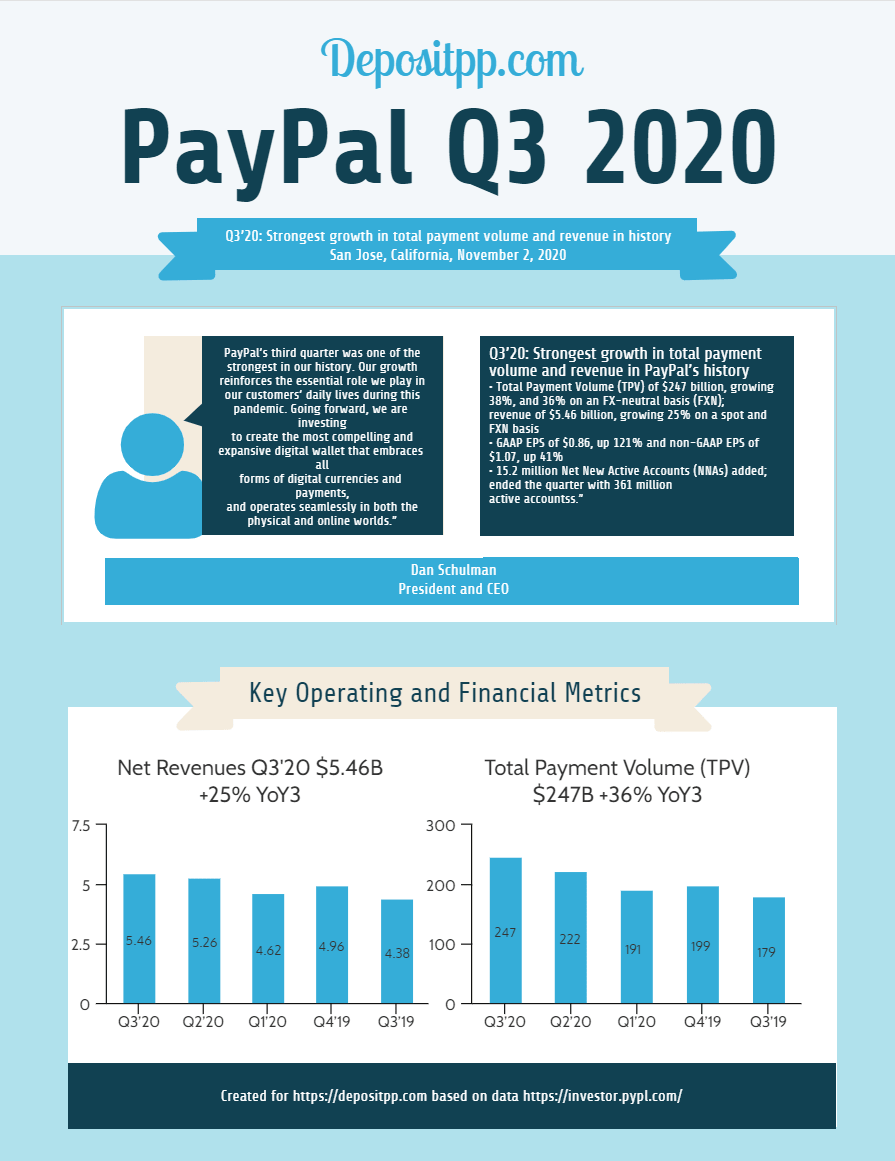 Was this page helpful?

✖ This Casino is restricted in your country, here are 3 best casinos for you: